Home » You searched for "planktoon" 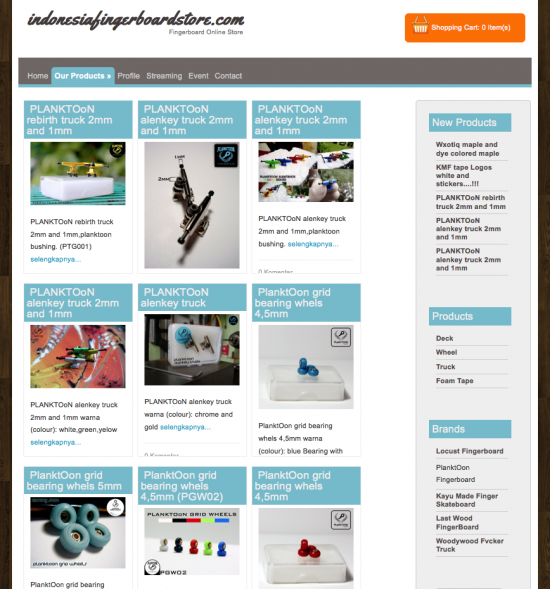 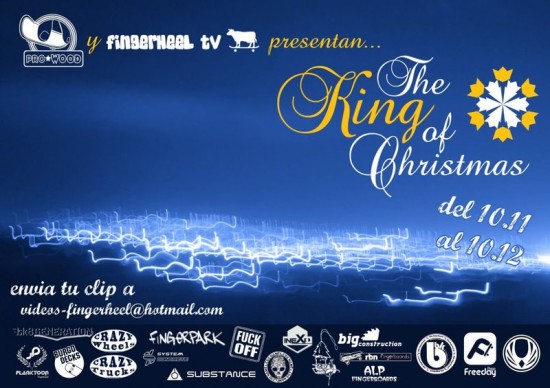 “The King of the Christmas is the first online event organised by FingerheelTV.
The following brandstores will sponsor the event:
Substance Wheels, Burgo Deck, Kikz, Fuck off, Freeday, Prowood, Fingerpark, FBS, BBK, Crazy wheels, Crazy deck, Crazy truck, RBN, System Concrete, Alp, Big Construction, Mr Nameless, Planktoon, Inexp and Captusk.
¿What can I do to participate?
You should send a clip to us.
¿What do I have to do in the clip?
You should do a trick line, a sequence but without cuts. The line should be of 4 tricks (grind/manual combos will count as 1 trick) Here you have some example:
– 2 single tricks and 2 grinds/manual combos.
– 4 single tricks.
– 4 grinds/manual combos.
– 3 single tricks and 1 G/M combo.
– 3 G/M combos and 1 single trick.
The sequence can be done your way, but remember: no cuts!
What will mark?
The judgement will mark this:
– Tricks
– Style
– Difficulty
– Originality
How long the clip has to be?
The lenght has no limit, so you can do an intro if you wish.
Which places are the winners?
Winners from 1st to 5th will get their prices.
Who are the judges?
FingerheelTV team will do the judge. And these are: Josan Gómez, Pablo Sevilla, Arazel Decano, Toni.D and Jai Dris (me). The judges can’t participate.
—
The clip has to be sent to videos-fingerheel@hotmail.com
In the e-mail you should include:
First Name and Surname – Fingerheel – Christmas
Date limit:
The clip should be sent from the 10th November to the 10th December, so you have full month to film.
Special thanks to Julian (Piolars), Pablo Sevilla, Josan, Julian (who created the flyer and other things).
FingerheelTV “